Art, Crafts and Creative Clubs: 7 Things to Do in Nanaimo

Sports aren’t the only clubs for adults any more. Whether you want to learn a new skill, find an outlet for your creative side, or just want to meet some new people, Nanaimo has a ton of cultural events, activities and groups to choose from. So if you’re looking for something to do in Nanaimo, why not check out an art class, studio tour, or speaking club?

Here are 7 of my favourite suggestions to get you started:

The Nanaimo Ceramic Arts Studio on Wallace Street offers weekly classes, workshops, and just DIY drop-in studio time. I joined in May (just after they opened) to make some drinking horns for my wedding, and I love it! I’m rediscovering my love of clay without having to worry about mixing my own glazes, running a kiln, or having to buy my own tools.

In May, I had the pleasure of visiting the working studios of a whole bunch of local artists during the Hammond Bay Studio Tour. Studio tours are great because they’re self-guided and flexible on timing, so if you don’t have time to visit every studio, take a look at the different artists ahead of time and plan a route that fits your schedule. There are draws and prizes and refreshments and a huge variety of work to see!

Go alone or with a friend and meet some of the local painters, ceramicists, jewellers, and art-lovers of Nanaimo during these casual 2-3 day events.

On Site Art is a free program that runs between January and April every year. You don’t need to pay for an art class to get making and talking with other artists: with On Site Art, you can work at your own pace and enjoy company and inspiration from other artists.

The idea is that artists get together at the North Nanaimo Library every week to work on their own projects and talk with each other and the public about their work. Participants get a chance to display their work at the Library in a group exhibition, so it’s nice local exposure, too.

One of the first things I did when I moved to Nanaimo in August was join the Woodgrove Toastmasters club, and I’m so glad I did! It’s given me a chance to work on my presentation skills, which I hope to put to use making online painting tutorials for other aspiring pet portrait artists.

Toastmasters clubs have existed since the Model T Ford was in production… so you can find them in pretty much every city. Nanaimo is no exception, in fact, we have a surprising number of clubs to choose from! I joined the Woodgrove group because I figured anybody who’s willing to get up and practise speeches at 7:15 in the morning would be interesting to talk to (they are), but there are other Toastmasters groups that meet at more human times, if you value your shut-eye.

It’s art at the bar! You don’t need to be an artist yourself to try painting, and Paint Nite events are an accessible, social, and fun way to put brush to canvas. It’s basically a painting party: you go online to find out what pieces they’ll be demonstrating at which locations, sign up to create that piece, and then drink wine and not mind too much that your horizon isn’t a perfectly straight line.

I’ve assisted with the Paint Nite events at the SPCA (fun and fundraising), SimonHolt and the Miller Pub. They’re always a blast, and I really admire the energy of Ginja Lion and her team.

It’s more art at the bar! Art Battle is a completely different art experience. In these intense battles, a group of artists race the clock while the audience forms a sort of cyclone around them. I’ve participated both as a competitor and spectator when I was in Vancouver, and had a great time in both capacities. It is just so cool seeing other people’s work come together, and getting to speculate where the art is going during the heats while paint is fairly flying around is super fun.

There have been two Art Battle events in Nanaimo so far, and with any luck they’ll be back for many more.

Nanaimo and the surrounding areas have several community and commercial galleries where you can go see what’s new.

My favourite time to attend a gallery is on the opening night of a new exhibit. If I’m lucky I can meet the artist, and either way I know that the work is new and exciting to everyone else there. Here are just a few of the Galleries and Groups you can keep an eye on for openings:

Nanaimo’s new Night Market is running this year from June 21 until August 30th. From 5:00 – 9:00pm Commercial St. will be closed to cars and open to roaming pedestrians— out to enjoy the light Summer evenings with live entertainment, food trucks and local crafts and activities.

I’m looking into becoming a vendor in 2019 (dates TBD) so hopefully see you there!

So there you have some of my favourite discoveries. Have I missed anything? Feel free to get in touch or leave a comment! I’d love to hear about your favourite Nanaimo events and activities, and expand the list to 8.

Want to See more? Sign up for the Sporadic Art Newsletter 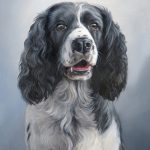 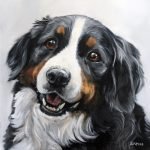 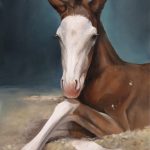 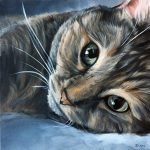 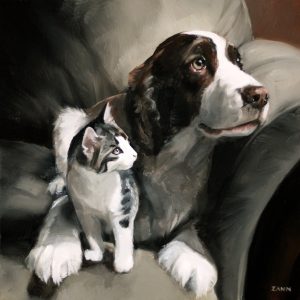